“At first, I was a driver for extra income, but I soon realized the income I made driving was just as much as my full-time job. And as the parent of a 9-year-old and caretaker, I needed the flexibility Lyft offered….I love the flexibility my job offers, and it must be protected.”

“I am a single mom and was Dashing before the pandemic to supplement my income. Since mid-March, my kids have been home and I’ve been furloughed from work. Dashing has allowed me to provide for my children with a flexible schedule and makes me feel like I am also supporting my community in the process.”

“I love being able to work my own hours and help my community through these trying times with the pandemic. To be able to combine my great customer service and help people that are at high risk for going out during the pandemic was a BIG driving factor for me. The ability to work until my financial goals are met is also a big driving force for me.”

Illinois policymakers need to hear from you.

If you want your voice heard, start by joining our coalition. We’ll keep you informed and provide opportunities to engage.

Working together, we can protect the independence and flexibility workers want while fighting for the benefits and protections workers need.

“The gig economy in Illinois helps thousands of drivers in the state – many of whom are black – earn extra income. These are parents, veterans, retirees, students, and more who seek independent work because it let’s them work where and when they want, earning income on-demand.  It’s time to find a way to maintain their independence while also offering new benefits these workers deserve.” – Larry Ivory, Illinois State Black Chamber of Commerce

“Independent drivers take on the work for many reasons — to support their families, pay for school, supplement income with a second job. There are almost as many reasons to take a “gig” or independent project as there are gig workers. Many states are looking at ways to support independent drivers. We believe any proposal must preserve their independence to allow them the flexibility to work in ways that fit their many different schedules and needs. However, we also believe drivers deserve basic protections in the marketplace. Any proposal in Illinois to address the needs of independent drivers should incorporate both their need for flexibility and for protection.” – Jaime di Paulo, Illinois Hispanic Chamber of Commerce

“The Illinois economy has been greatly impacted by the pandemic. Now more than ever, people need access to jobs that meet their unique needs and schedules. The gig economy is an economic stimulus for our communities and a critical part of our economic recovery. Illinois needs to protect these workers by providing new benefits without compromising the independence they need and value.” – Todd Maisch, Illinois Chamber of Commerce 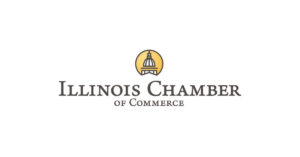 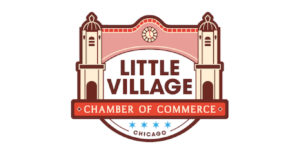 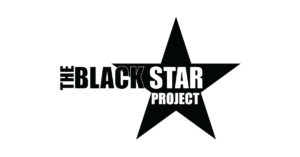 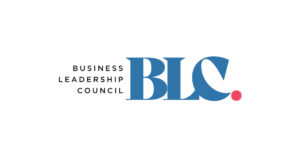 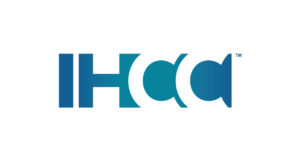 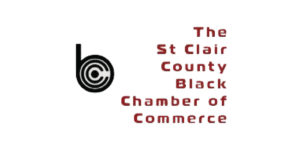 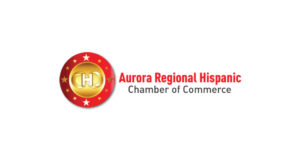 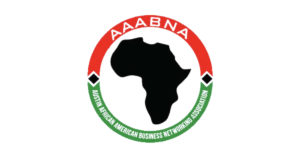 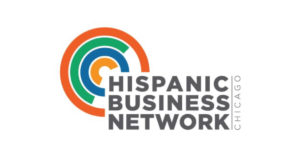 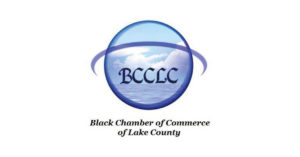 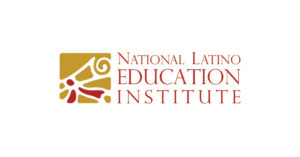 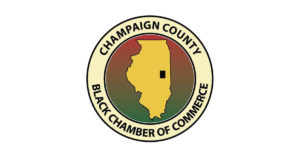 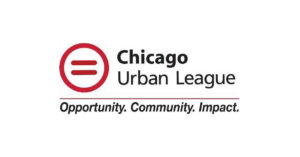 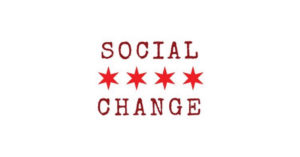 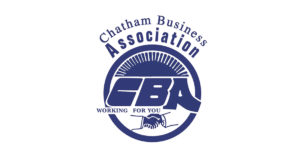 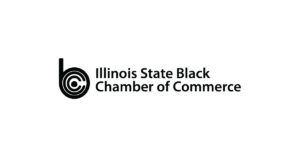 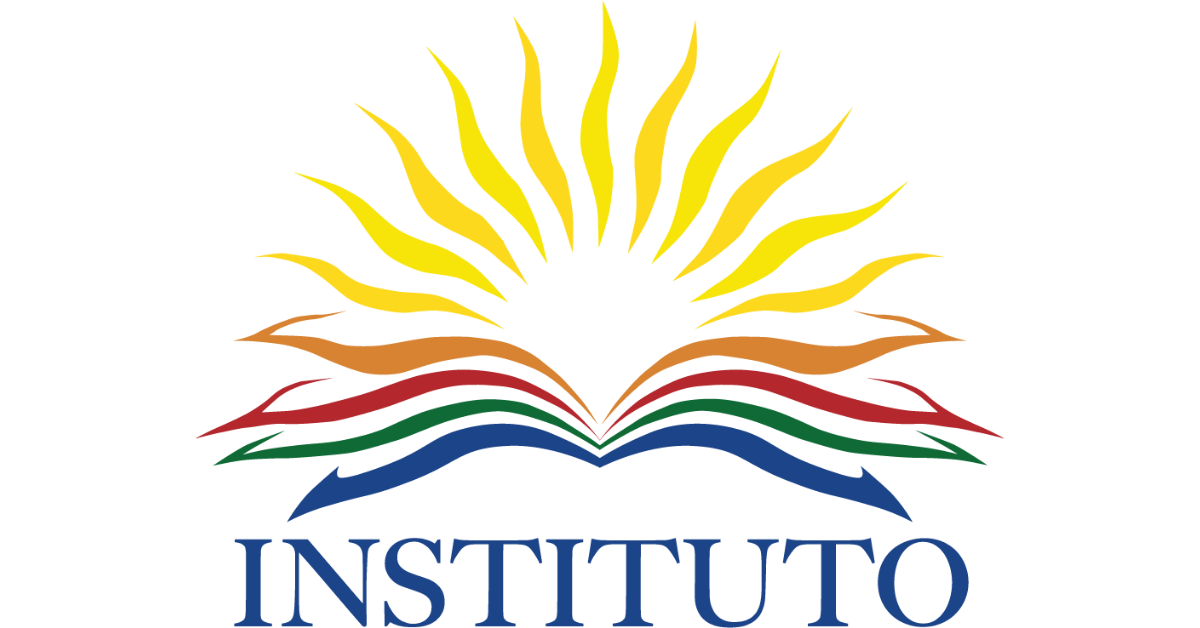 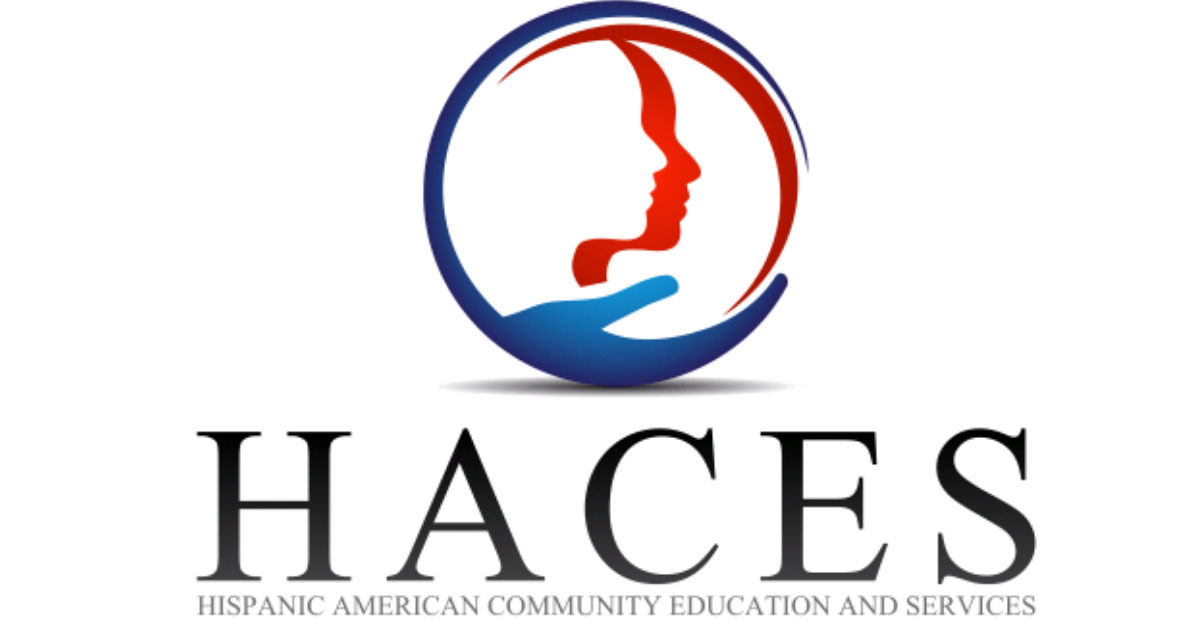 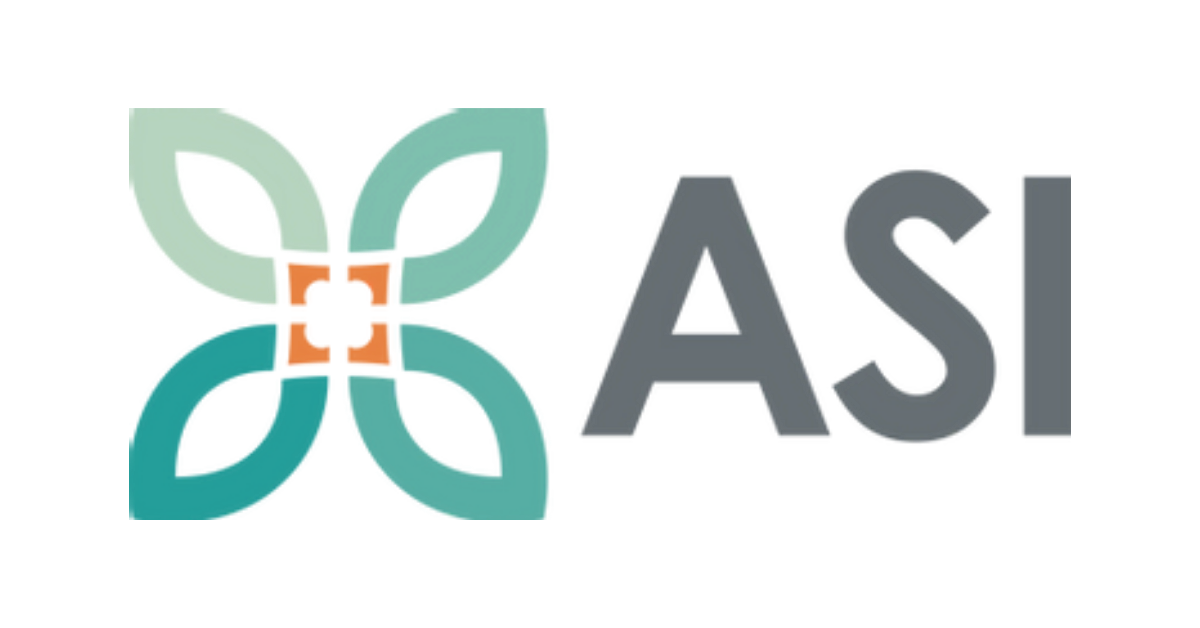 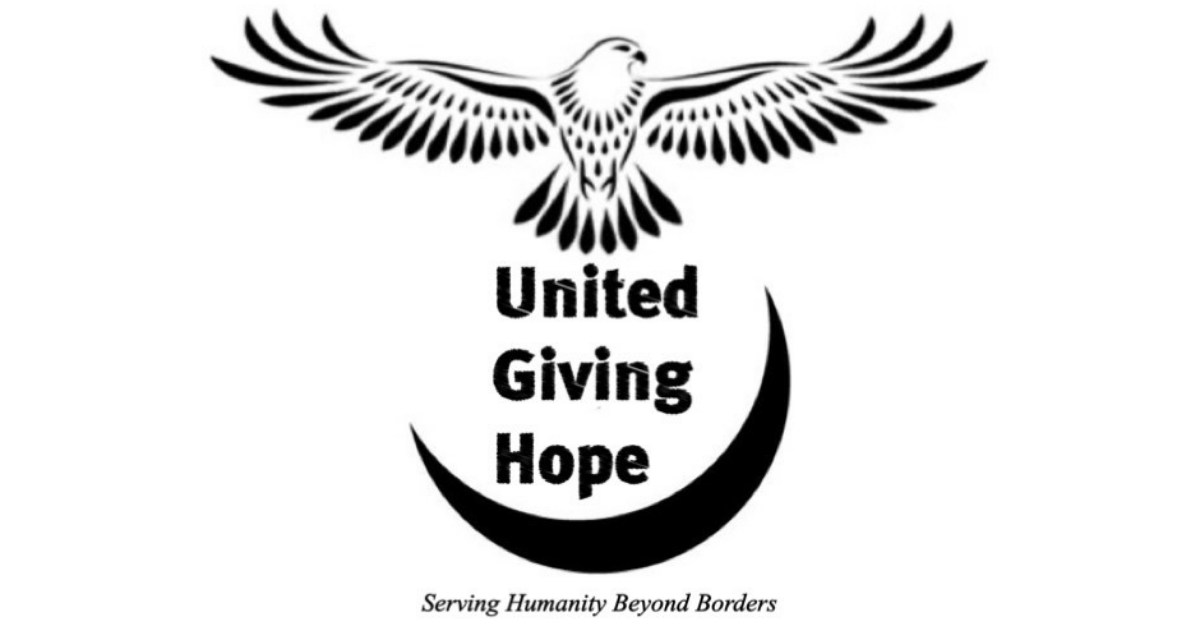 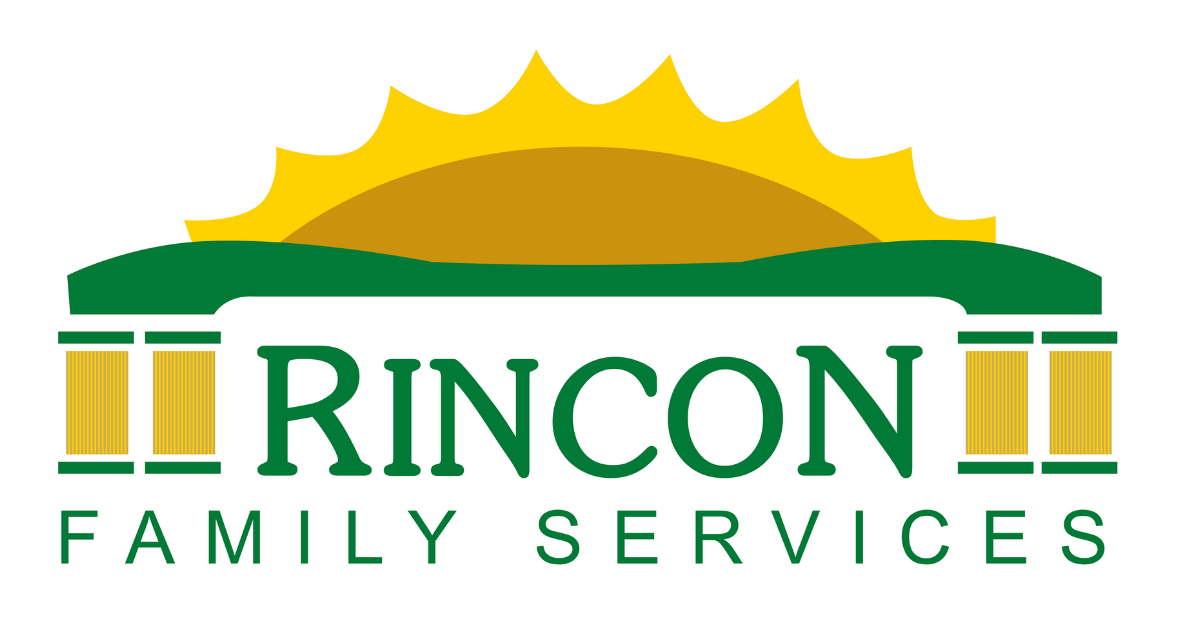 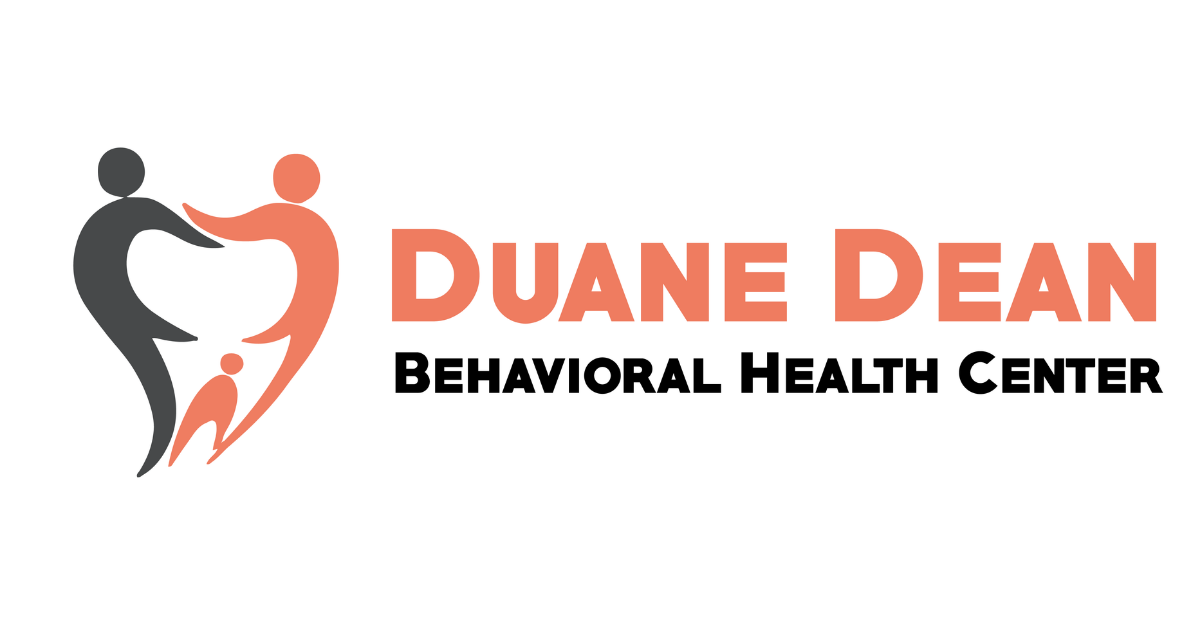 “I love the flexibility to earn extra money while delivering for people who might not be able to get around. When I deliver stacked orders, it means less people are going out and exposing themselves and might lead us to get out of the Covid 19 related lockdown sooner. I get to talk to people and get to know more people in my community. Delivering with DoorDash also gives restaurants an opportunity to reach more customers and make more sales through us.”

“Due to  the Coronavirus, I lost both of my serving jobs but couldn’t apply for unemployment since I still had a full time job. With that, I started doing deliveries with DoorDash. It has been nice to get out of the house and help others that didn’t feel comfortable with it. I intend to keep doing it in the future.”

“I started Dashing in March of 2019, because I needed a flexible job to care for my six children. DoorDash has made it possible for me to earn an income and still tend to my other responsibilities, including being a mother and unexpected circumstances. It’s an absolute joy to work for a company that pays well, offers flexible work shifts, and courteous customer service.”

“As a single parent and father of two, I turned to DoorDash to make a decent living and provide for my children. Times are hard but I always keep my head up and look forward.”

“I have been delivering Postmates to cover additional bills and make ends meet. Flexibility with Postmates is important – especially when other obligations pop up, and I do not have to clock-in and out or take a sick day. I am looking forward to having my voice heard and to tell my story about why the flex economy is so important.”

“When I lost my job earlier in 2020, I was looking for ways I could stay on the road without driving long distances and found Postmates. I love chatting with the restaurant workers and customers when I drop their delivery off because sometimes I am the only person they see outside of their family. It’s nice to bring levity to their day.”

“I originally joined Postmates to make some side cash to help with additional bills coming through. Soon after I joined Postmates, I knew I was making more money than my regular 9-5; it only made sense to quit and do Postmates. Postmates has allowed me to re-discover my native city Chicago and see the new restaurants open.”

“I started at Postmates in 2017. I was working part-time and needed to attend to the medical needs of my father. While I was running errands for my Dad and waiting on his appointments, I could make an additional income by Postmating and that’s exactly what I did. After Covid hit and I was laid off, I started Postmates again in a full-time capacity, and the flexibility to jump on and off the app has given me so much more time with my family.”

“As a recently divorced single mom of two daughters, I needed to earn money quickly, and I discovered Postmates. I have been able to earn money, care for my daughters, and pay the bills and rent.”

“I started driving after I had an injury on my shoulder from my last job. After two surgeries, my injury had taken a toll on me, and as a single parent, I needed to get back to work. Being a single parent was even more difficult due to changing shifts, so I decided to start driving for Uber. Now, four years into the job, I can say the flexibility to be with my son and take him to doctor appointments – all while making income – was the best decision I’ve made. Becoming a full time employee changes the chances to have flexibility. Many times, I can only work a few days a week, making rideshare so easy as a single mom. Without this, I would not be able to go from one place and another on my own hours, affecting how much income I make.”

“When Covid hit in March 2020, I wanted to find something to make additional income and use my time. If I had to be a full time employee, I would not be able to work for Instacart due to my full-time job. The flexibility is really key for me and has given me a great opportunity amid difficult times.”

“After suffering a leg injury, I was out of work. In February 2015, I began driving for Lyft to make ends meet. What I thought was a side hustle became life changing work. In 2016, I was laid off from my day job, but luckily, Lyft was there. The work flexibility is important. I can work other jobs, and still be productive with Lyft. Freedom of choice means everything. It doesn’t matter if you drive 1 hour or 40 hours per week. The choice is yours. A strict schedule would end that freedom of choice. Plus, it would reduce my availability to work other jobs.”